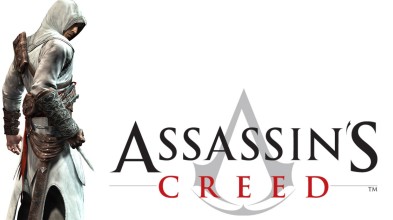 Published by Ryan Cave In Retro, Xbox 360 No Comments

Assassin’s Creed was one of the first major new franchises for the now “last gen” consoles. I was always curious about it, but somehow never got around to actually playing it. Now, seven years after its debut and several sequels later I’ve finally decided to give the franchise a try.

Because I love a sale and am not only addicted to playing video games, but also buying them I’ve amassed a complete collection of every game in the Assassin’s Creed franchise. The newest entry notwithstanding the most I’ve paid for any one of the games is ten bucks. I had intended to skip over all the last gen entries and get straight to Black Flag, but I hate missing out on story and I was curious to see how the franchise evolves… plus I already had the games. Everyone I’ve talked to has said that the series doesn’t become worth playing until the second game and I should skip the first one. I chose to ignore this suggestion and start at the beginning. I regret nothing.

The major complaint everyone I spoke to had with the first one was that it’s incredibly repetitive. This has proven to be absolutely true. Fortunately the tasks that one must repeat are usually entertaining and the game maintains a swift pace. Basically, you’re an assassin and you must go to a town, get some clues about your target and assassinate a major player in some grand conspiracy. Gathering clues involves tasks that don’t have much to do with your prey, but are fun none the less. For example, one “informant” asked me to gather some flags he dropped around town before he’d tell me what he knew. Why he desperately needed the conveniently placed flags (or why so many informants have dropped flags) isn’t important, all that matters is that jumping from rooftop to rooftop to collect them is a blast. Other tasks would include a few random assassinations around town (tasks that ranged from fun to infuriating) or just sitting on a bench and listing to a couple villagers share some important gossip.

Of course one of Assassin’s Creed’s main hooks is that you’re not really an assassin living in the past. You’re actually a descendent of an assassin living in the present. You’ve been abducted by a society known as Templars who have long been at war with the Assassins and are being forced to relive the memories of your ancestors by using a device known as the Animus. This nefarious organization needs to explore your ancestor’s memories to find the location of an artifact that will allow its owner to greatly influence humanity.  How and to what end are part of the mystery. Both sides believe they are the good guys, but their methods of trying to save the world seem to very greatly.

These memories are not exact recreations of what happened however. They seem to be used to create a world that you can run around in like a holodeck on Star Trek. As long as you stay within an approximation of what really happened all is well, but if you stray too far from the specifics (i.e. go on a killing spree) you become desynchronized and have to start again.

The assassins aren’t just hired goons, they are a society. Their way of life revolves around assassinations. They believe they are doing good work and their murders are justified. Their targets are chosen carefully with specific goals in mind. One of the rules they live by is that innocents must never be harmed. It was because I have a different idea of what qualifies as an innocent than the Creed does that I initially found the game more difficult than it should be.

Innocents are normal people. People who wander the streets, work at stalls, harass you for money, that kind of thing. Guards on patrol are not innocent. I assumed that the only people that I was supposed to kill were those that were a direct threat to the well-being of the populous, not guards just doing their jobs. As I attempted to sneak past them I always got noticed and would have to run and hide until the heat died down (a fun task in moderation, but tiresome when I just want to get the plot moving). It wasn’t until I realized that my lackluster stealth abilities weren’t a shortcoming of the game, they were a result of who I was: an assassin. Once I started taking out anyone who might get in my way my task became much easier. Stroll up behind a guard, perform a stealth kill and move on. If another one noticed me I’d quickly throw a knife and down he’d go. Turns out all guards are guilty. Anyone who might oppose me is guilty. I suppose that seems fair as when they figure out who I really am they immediately try to kill me. So it’s kill or be killed.  Once I accepted this philosophy I was a true assassin.

Early on in the game you have to ride a horse across the vast kingdom from city to city. I found this excruciating. The connecting area is big, uninteresting and swarming with soldiers eager to chase and kill you. Too often I had to ride across this grand expanse of nothing with soldiers flipping out as I passed by. The area is littered with collectables (flags placed here and there) and occasionally there’s a tower to climb. These towers were the one thing in the Kingdom I enjoyed (they are also found in cities, where they are much more important). Once a tower is climbed you can “synchronize” thus gaining (or presumably remembering) greater knowledge of the surrounding area. Climbing these towers is surprisingly satisfying. Once you reach the top and synchronize an eagle cries and the camera swirls around while epic music plays creates a feeling of a majestic accomplishment. I never grew tired of this. I climbed everything (it helped that there’s an achievement for doing so, but it was an oddly satisfying objective regardless).

Assassins are astonishingly agile people. Seems like they’re all part Spider-Man. Our hero Altaïr is the best of them.  He an accomplished fighter, can run fast, fall far and climb almost anything seemingly effortlessly. It’s a tremendously liberating experience. Altaïr can run and leap off a roof, catch a window ledge on an adjacent building, quickly climb to the top and repeat endlessly. It’s a fantastic way to get around and is executed in a way that somehow makes it seem like it should be possible in real life.  Unfortunately, Altaïr is also an arrogant jerk. Fortunately, as the story progresses he becomes a much more well rounded mass murderer.  He begins to question the motives for his assassinations. Whether or not assassination is an appropriate method of achieving peace is never questioned as it’s a way of life for these people, but who to kill is always up for debate.

Assassin’s Creed’s fantastical presentation and fairly responsive control (occasionally I‘d accidentally run up a building or leap to my death by accident) make for an engaging experience. Despite its repetitive nature the feeling of freedom and power that came with being an agile climber and skilled assassin were addictive and satisfying. Plus the story is intriguing enough that I’m eager to get to the next game and see how it unfolds, both in the past and present.