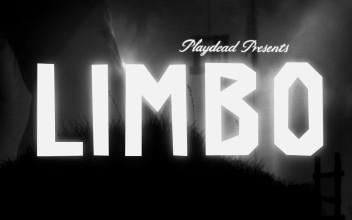 I Don’t Know If I’m Alive or Dead, But I Want to Survive – Limbo

Microsoft, as a reward for my being an “early adopter” on Xbox One, gave me a code for a free copy of Limbo. Limbo originally came out back in 2010 on the Xbox 360 and I loved it. It’s a game I have often considered replaying, but since it’s primarily a puzzle game I wasn’t sure if it would carry the same impact on a second play through. Fortunately after nearly 5 years I had forgotten the solutions to most of the puzzles.

Limbo is short. I didn’t keep track of my play time, but it had to be under three hours. It may have been closer to two. I have no problem with this. Limbo is an incredibly tight and polished game. The first time I played it I wasn’t upset because the game had such a profound impact on me that I was completely satisfied. This time it didn’t bother me because it was free. Plus the quality of the title has not diminished since its release.

It would be easy to try to fault Microsoft for giving away a free copy of a last gen game on their new gen system, but I think it’s best to consider that they didn’t have to give away anything at all. It was a pleasant surprise when I got a message on my Xbox informing me that I now had a copy of Limbo on my Xbox One. Sure I’d rather have something new, but I’ve got a few new freebies from Games with Gold sitting on my hard drive that I haven’t gotten around to playing yet. Limbo is awesome and this was great motivation to experience it again.  It’s also a great way to promote the developer Playdead who has new game releasing in the near future (their website says it will debut in 2015 on Xbox One).

Having already completed Limbo it naturally didn’t hit me like it did in 2010, but it was still a rich and compelling experience. The aesthetic style of the game is unique and eerily beautiful, even as we see our little hero die brutal deaths again and again. It is fear of these deaths combined with a curiosity created by this strange world that drives the game forward. There is no intro to Limbo. We see our little hero wake up and somehow know we’ve got to get moving. As the game unfolds there are hints of the circumstances around his peril (plus the fact that the game is called “Limbo”) and what our little hero is after is only glimpsed upon, but it’s enough to shift the goal from survival to quest.

Limbo is brutal. It’s not the most challenging game, but the penalty for failure is harsh. Our little hero (he is never given a name) is forced to run a gauntlet of terrors during his quest. He falls, is impaled, shot, sliced and diced along the way. Every time he died I felt a tinge of guilt for putting him through this torture, but there is no alternative: he must keep going. The puzzles are well varied and become increasingly surreal as the game progresses. The few characters that appear are unsettling and sinister while creating ever more dangerous obstacles for our little hero to overcome.  There is always that wonderful sense of accomplishment following the epiphany that solves a puzzle, but it is quickly quashed by a new and immanent threat so there‘s never time to truly relax.

Limbo is entirely black and white with no dialogue or back story. The game looks like it’s being presented on and old film projector. The sounds are subtle and unnerving. One never knows if a strange sound is mere background or something planning a kill. It creates a marvelous tone and does a superb job of defining the mood of the game. Limbo is almost as compelling to look at as it is to play.

I hope that all those Xbox One owners who now find themselves with a free copy of Limbo and who have never experienced it before take the time to play it as they are in for a wicked ride. I’m glad I took the time to traverse this unforgiving landscape again and am more than ready for Playdead’s next game.