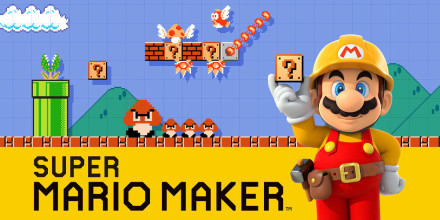 Revisiting and Revising the Wonders of My Youth – Mario Maker

Published by Ryan Cave In Wii U No Comments

I have often debated whether Super Mario World or Super Mario Bros 3 is the superior game. I don’t think a year has passed since the release of Mario World that I haven’t played through each of them. For certain they are two of my favorite games and widely considered among the greatest games of all time.

Mario games are never the same twice. While many elements carry over from game to game each incarnation has a unique style that defines it. It is this combination of similarities and differences that makes it so hard for me to decide which classic Mario game is my favorite and which one I want to play at any given moment. Now, in a game I never thought would exist, I no longer have to choose… or at least I can alternate rapidly.

Mario Maker is the dream of my childhood self. Actually, it’s also the dream of my adult self. It contains assets from four (debatably) classic 2D Mario games. When the game is first started it gives the player the ability to craft levels inspired by the original Super Mario Bros and the more contemporary New Super Mario Bros.  After a few days (or some informed overuse of certain items) the styles of Mario 3 and Mario World are unlocked. Suddenly you can create levels based on four Mario games and the options are nearly limitless.

I picked up Mario Maker on launch day nearly four months ago and I still jump into it several times a week. Often it’s only for a ten to fifteen minutes, but if I’m in the mood to create a level then I may become lost in it for much longer. This variable time investment is the key to its appeal. If I’ve got a few minutes to spare then I can fire it up and play a couple random levels, often without bothering to even turn on the TV as I’ll just use the gamepad screen. Should I find myself in the mood for a full session I’ll spend some time perusing the “recently added” section. My nostalgia usually pushes me towards levels created with either the Mario 3 or World pallet, but if a level has an interesting look (a tiny preview of the whole level can be seen on the list of new levels) or just an appealing name I can be persuaded to play a Mario 1 level or even a New Mario Bros level. I played a fair bit of New Super Mario Bros Wii and Wii U, but neither ever really hooked me like the NES and Super NES classics. Nevertheless, there are some great levels built with that palette and as a result it won’t be long before I give the source games another play.

There is a phenomenal amount of diversity and creativity on display here. This means that each level is a complete surprise which can make it a total joy or a frustrating mess. The only criteria for uploading a level is that is must be first beaten from the beginning and each checkpoint before being posted. This is a fair way to ensure that a level isn’t broken, but doesn’t guarantee that it will be fun or fair. It quickly becomes clear if a lot of thought has been put into level design or if it’s haphazardly thrown together. Some levels are built as frustrating jokes which can be tiresome albeit occasionally amusing.

There are numerous levels that are intricately designed, but can be overly long and become tiresome. This problem was somewhat alleviated with the arrival of checkpoints, but the problem of motivation still lingers. With a traditional Mario game the overall goal is clear: get to Bowser and save the Princess. When you’re just picking random levels then there is no endgame. Each level needs to be compelling enough to keep the player motivated to continue to the end. Any level that doesn’t feel like it’s worth the time probably isn’t as there’s a seemingly infinite number of other options waiting and no tangible reward for completing a sub par level.

Fortunately, there is a mode that serves as a pseudo campaign. The 100 Mario Challenge gives the player a 100 lives and presents a map with a road to Bowser. It offers three options of difficulty and even rewards completion with a new skin for use in the Mario 1 palette. To win the player must complete 8 levels on the easy setting or 16 on the normal and expert settings without using all 100 lives (up to three 1-ups can be earned per level). The difficulty of a level is determined by the community, which works well. The downside is the quality of the levels varies dramatically. I found the normal setting offered the best in level design as easy was often either auto play levels (where Mario is bounced around to completion without the player having to press a single button) or extremely short levels which offered little gameplay. Expert levels tend to be convoluted or exploit cheap tricks and traps which are just frustrating. When the levels are good the 100 Mario challenge feels enough like a classic campaign to be satisfying and the character skins earned are a fun reward that can inspire new level designs (but only work on Mario 1). These skins are the same as can be unlocked using Amiibos. It’s nice that it’s theoretically possible to get all the different characters without spending $100s on Amiibos (which doesn’t mean I’m not going to buy Amiibos – they’re awesome).

When building my own levels I try to first think of a theme. My success, as measured by plays and stars given by other players, has been varied. My most popular level was built in the style of Mario 1 and uses a cute Mario Kart skin in place of the classic Mario. This skin, which was a reward for a play through of the 100 Mario challenge, was the basis of the level design. When Mario is swapped out for a version of himself driving his little Kart it instinctively changes the way the level is played. The urge to keep moving forward as though really driving takes over and I built the level with that in mind.  Other levels I built around completely different philosophies have been met with varied popularity, but none have come close my Kart level. It’s addictive to check in daily to see if anyone has played my levels and gives a wonderful sense of validation when one gets a star. It’s conversely a little depressing when I spend a lot of time building a level only to see it fail to impress. By the same token it can be inspiring as I can see where people are dying and how many are playing it all the way through. I can always make adjusts and send the refined version back out there.

Nintendo recently added “event courses” which are made in house or by partners and are used to promote games, products and events. Completing these levels often results in a new skin for the Mario 1 palette. Most of these levels are extremely well designed and are a joy to play as well as an excellent showcase for what can be done in Mario Maker.

The amount of content in Mario Maker is effectively infinite and given that its foundation is games that have endured for up to 30 years it’s safe to say the novelty won’t where off anytime soon, if ever. This is one of Wii U’s best games and an absolute must own for anyone who enjoys classic Mario games, which I believe is pretty much everyone.