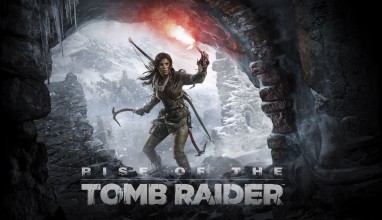 Tomb Raider is one of my favorite franchises and the reboot in 2013 brought it back to life and gave it a new identity. Previously Lara Croft was always somewhat undefined, but now we see what intense horrors and incredible discoveries forged her into the adventurer she has become. Rise of the Tomb Raider seeks to build on that premise by experiencing how she continued to grow after the brutal events of the previous game. Now we find Lara uncovering a mystery so great it ruined her father’s reputation. Being the determined and unrelenting seeker of truth that she is Lara will risk everything to discover what secrets her father was trying to uncover.

The game introduces a new villainous organization known as Trinity, which is akin to the Templars found in Assassin’s Creed. The true scope of this organization is left vague and the story revolves around one of Trinity’s members who is determined to acquire the secret to eternal life and then (presumably) rule the world. The important thing is he’s powerful, determined and delusional; the typical hallmarks of a good villain.

As before, Lara slowly collects and upgrades a few weapons. Her weapon of choice remains the remarkably powerful and always satisfying bow, but she also carries a handgun, rifle, shotgun and her trusty pick axe. It’s impressive how much mileage the game gets out of these few weapons as I never longed for any other options and each one significantly alters how a fight plays out. I can’t help but feel a little uneasy with the number of people Lara takes down on her quest for truth and treasure, but that feeling is alleviated slightly as they are clearly awful people that will try to kill her the instant they notice her.

This entry in the franchise features more tombs to explore, which are always my favorite part of the game. The fact that these tombs are optional and not a crucial part of the story or the game seems odd given the game has “Tomb Raider” in the title, but I guess they want to be sure some of the less adventurous gamers can enjoy the other aspects of Lara’s adventure without getting bogged down by all that puzzle solving. A pity for them, as the puzzles are well varied and interesting, albeit often a bit short.  Plus, completing a tomb results in an upgrade to Lara’s abilities making the fight sequences even more enjoyable.

Every so often there will come a moment when everything starts to blow up and Lara must run along a collapsing structure or die. These sequences never disappoint. I love running along a cliff side bridge as it crumbles beneath me. On top of that the game once again frequently finds our heroine falling down a lengthy slope as she struggles to void impalement.

The only real problem with Rise of the Tomb Raider is not actually a problem with the game itself. Rise is a huge, polished game with varied fight sequences, places to explore, puzzles to solve and numerous collectables. The issue is it just feels so familiar. Tomb Raider games, like Uncharted games and Indiana Jones movies typically take place in exotic locations where we meet interesting and often sinister people with secret motives. A great mystery slowly unravels that inevitably is linked to a magical myth that turns out to be true.  They are formulaic and typically fantastic. So why am I complaining if the game gets everything right?

The notes the game hits are the right ones, but it feels like it’s playing the same song as its predecessor. This results in a fair degree of predictability in the story. This unfortunately took some of the shock out of the twists and some of the awe out of the magic. This prevents the game from having the same impact that the Tomb Raider reboot did, but doesn’t prevent it from being impressive nonetheless.

One other notable highlight of the game is the lack of a multiplayer mode. It sounds odd that the lack of feature would be a plus, but in games such as this multiplayer always feels tacked on and never gets much play. I’m glad they devoted all their resources to focusing on the campaign. The result is not just a massive campaign, but also numerous variations on it. The game can be played in score attack mode which grades the way the game is played based on variables like time taken completing sections and chaining attacks together.  It is also possible to earn credits that can be used to obtain cards that grant different abilities. Playing with these options gives me something to look forward to and will compel me to play through the game again.

It’s a certainty I will play the game again and that’s an impressive feat. There’s a never ending stream of new games and a seemingly infinite list of games I never had time to get to, but I will undoubtedly use my limited time to go back to Rise of the Tomb Raider. While it may not have had the impact of the last game, it maintains the quality of the franchise and has the same pull as before. It won’t be long before I find myself exploring and fighting for my life again, only this time I’ll keep score.