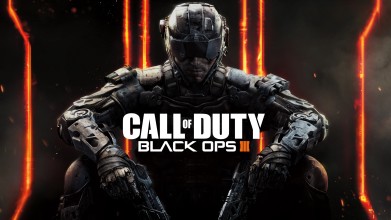 A Campaign For Campaigns – Call of Duty: Black Ops III

Apparently most people never finish or even play the campaign modes in Call of Duty games. While I admit I often don’t finish them I never skip them entirely. I’ve always seen the campaign in games such as this to be the foundation of the world that the game creates. An example of this would be Halo, as it’s expanded universe has gone far beyond the stories told within its campaigns, but they remain the heart of the experience. Even those who exclusively play the multiplayer modes are familiar with Halo’s lore. Given the Call of Duty franchise has expanded into multiple variations each game has a campaign mode that must stand alone and is the only glimpse we have into the world of that game and the people who inhabit it.

With that philosophy in mind I always like to check out what every campaign has to offer. Regrettably, I missed out on last year’s Advanced Warfare (I will undoubtedly get it to though as its story is built around a character portrayed by Kevin Spacey), but I have completed the campaign for Call of Duty: Black Ops 3. Since CoD is primarily an online multiplayer game I was surprised at just how fleshed out and polished the single player mode turned out to be.

Black Ops 3 seems to take it cues from Advanced Warfare and rival franchise Titanfall. Titanfall never managed to get a strong foothold and I firmly believe the lack of a single player campaign was a major factor in that, particularly given how strong its multiplayer was (and would be still were it not for the lack of players online). The future setting of Black Ops 3 allows for a great number of crazy technologies and settings. All the characters have DNI chips which essentially give them super powers and allow their superiors to watch their every move as well as extract memories from their heads. As should always be the case in any future setting there are robots everywhere. It’s impossible not to enjoy taking down a few terminator style enemies.

There’s plenty of conspiracies to unravel while taking down robots and running along walls and the story was interesting enough to hold my attention even if I did tend to lose track of the characters. Unfortunately, as is frustratingly the case with many FPS games, the main character is undefined and therefore uninteresting. I was half way through the game when I realized the voice of my character was Ben Browder whom I know and love from Farscape (a modern classic over the top sci-fi show from the early 2000s that I still rant about). I understand this is done so that the player can project his own personality onto the character, but this simply doesn’t work. I’ll use Halo as example again because it has tried it both ways. The Master Chief is a widely recognized character and while he may not have the depth of someone like Uncharted’s Nathan Drake his personality is always present and helps pull the player in. Conversely, in the incredible campaign of Halo: Reach the main character is never even given a name and is ultimately forgettable. Perhaps a forgotten hero was what Bungie wanted, but his non existent personality keeps the experience from having the resonance of one of the Master Chief’s adventures, despite arguably being the best campaign when it comes to purely to gameplay.

Other characters in Black Ops 3 are more memorable, the most notable being played by Christopher Meloni and Katee Sackhoff, the latter of whom seemed to be the only character who truly understood was at stake in the story. Her character would have benefited from more exposure I was left wanting to know more about her background. However, this game’s focus is not the characters or even the story as much as it is about the setting and the setting is grand.

Call of Duty: Black Ops 3 is the definition of a linear game and that’s exactly why it succeeds. One cannot stray too far from the objective or the warning “return to battlefield” pops up and things start to break down. This is not a world created to casually explore, this is a war that must be fought now. Like its predecessors Black Ops 3 feels like a roller coaster. Get in and hold on. It’s a rush from start to finish and when you’re done the memory of story may fade, but the feeling of exhilaration lingers. This is what I look for in a CoD game and Black Ops 3 gave me exactly what I wanted, which is probably why I played the entirety of its surprisingly long campaign.

There are moments where enemies are everywhere, robots are marching in, giant mechs are jumping around the battlefield and the situation seems hopeless… and then I die. I died a lot. Fortunately, the situation was never truly hopeless and with a few tweaks to my strategy and a stronger focus any situation could be survived. As the game moves along the events become increasingly over the top. At one point I was buckling down to endure giant waves and moments later I was manning the turret as an AI controlled boat blasted through a chaotic mess of villains and debris. Moments such as this were an absolute blast.

There’s a wide variety of weapons and character mods that can be earned and crafted. I didn’t spend a lot of time at the crafting table though as I usually just wanted to get back to the action. Refining load-outs is something I’ll spend more time with I get more involved in the multiplayer side of the game. I’m glad I started out with the campaign though as it offers an intense experience in a thrilling future setting. Playing the campaign mode makes the game feel real and the multiplayer experience even more enticing. There is a wealth of content in Black Ops 3 and having spent the bulk of my time so far with the campaign mode I’ve just scratched the surface of what the game has to offer. Obviously the primary reason to own the game remains the multiplayer, but the single player is a robust and thrilling component that is essential to getting the complete Call of Duty experience.