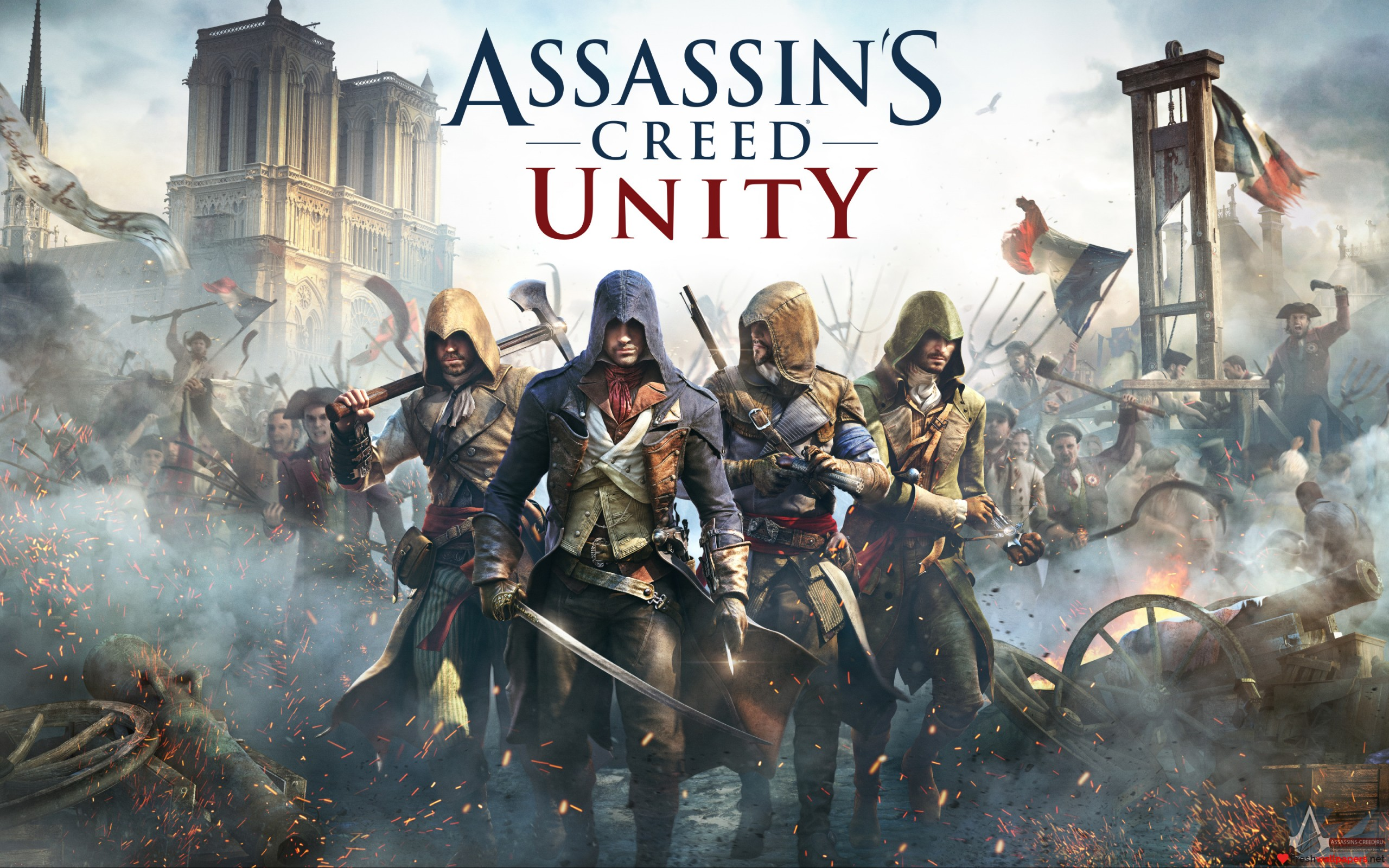 The Tumultuous Shenanigans of an Under Powered Assailant- Assassin’s Creed: Unity

I held off playing Assassin’s Creed Unity for a long time because of the overwhelmingly negative response it got upon its release. From what I read the bulk of the criticism seemed to focus on a tremendous number of glitches in the game. I surmised that the game was simply released before it was ready and that if I held out for awhile the problems would be patched. I expected that by now the game would be another solid entry in the Assassin’s Creed franchise. So, a year and half after its release I finally decided it was time play Unity.

Unity takes place in a gorgeous recreation of Paris circa the late 1700s. I was immediately taken with the setting. The city is massive and absolutely packed with interesting locals and bustling with immense number of people making it truly feel alive. Unity creates a near seamless world where it’s possible to go in and out of buildings without any interuption. This makes the world seem real in way that wasn’t possible before as one can run down the street, through a door, up the stairs, and out a window without interruption. It is unfortunate however that it’s a struggle to maintain interest in the story and Arno’s overwhelming lack of abilities is frustrating and distracting.

Typically, Assassin’s Creed games are empowering as they present a huge world to explore and grant the ability to traverse it in a variety of ways. When faced with a challenge the protagonist assassin has skills that can be used to subdue any foe that comes his way. In Unity I felt like the weakest assassin ever to join the brotherhood. My choice of weapons is limited as is when I can use them. No longer can I use my beloved hidden blades in combat, only in stealth. Previous assassins could hide and whistle to lure enemies close enough to be dealt with discreetly, but not Arno. Arno relies on luck when he hides in a cart of hay.

Arno does have some fancy new equipment though. The most important of which is the phantom blade. This is a projectile version of the hidden blade. It should be a great way to stealthily take out enemies at distance, but I found that I was more likely to be noticed using it than if I pulled out my giant five barrelled gun and fired shots into the crowed. A little counter intuitive I think. It’s possible to upgrade Arno and get his skills closer to those of previous games, but much of the gear is incredibly expensive.

Unity seems to be built to keep generating income. This means that it’s abnormally difficult to upgrade my character, unless I throw some money at the developer to buy some in game currency.  This is incredibly frustrating as it takes away from one of aspects of the game I typically love. There is also a companion app that can accessed from my smartphone to unlock chests and missions. I only briefly checked out the app and promptly concluded it would be tedious. Fortunately, I’m clearly not alone in that belief as a patch has made all of the unlockables that were once tied to the app available without ever using the it.

In all fairness Unity is not actually a bad game. It is, however, a step backward in many ways. While it’s essential that every entry in a franchise have something new to offer and this often means that some aspects present in previous entries be removed Unity takes out more than it adds in. I never had the feeling of power that I had before, I never had the sense of awe I had before, I never had the compulsion to explore I had before. It’s important to note that Unity does make a few important steps forward. There is a brilliant addition to controlling free running that is a vast improvement. I can now instruct my assassin to run up or down which drastically reduces the number of times I go leaping off in the wrong direction. The number of NPCs is incredible and makes this world feel that much grander. The game is visually beautiful. Creed games never to impress visually and Unity is no exception.

I wanted to love Unity, but I only expected to like it. Much to my dismay it failed to meet my expectations. The story feels small compared to previous entries and at no point takes place outside the Animus. Instead there is a bit of voice over to inform the nameless user (as played by me) that he is being used to find information for Templars, but should instead be helping the Assassins. Meanwhile, in the Animus, Arno fights to solve a murder mystery that is never particularly compelling.

Unity is now mostly free of the bugs that plagued its launch, but is a flaccid entry in what is usually an exciting series. It’s not broken, but it’s not exciting. It’s not bad, but it’s not great. As a completionist I’m glad I played through it, although I was never compelled to do any more than was necessary to keep the story moving. When I played Assassin’s Creed Rogue, which came out the same day as Unity, I couldn’t get enough and kept going well after the story ended. When I played Unity I’d had enough well before the story concluded.