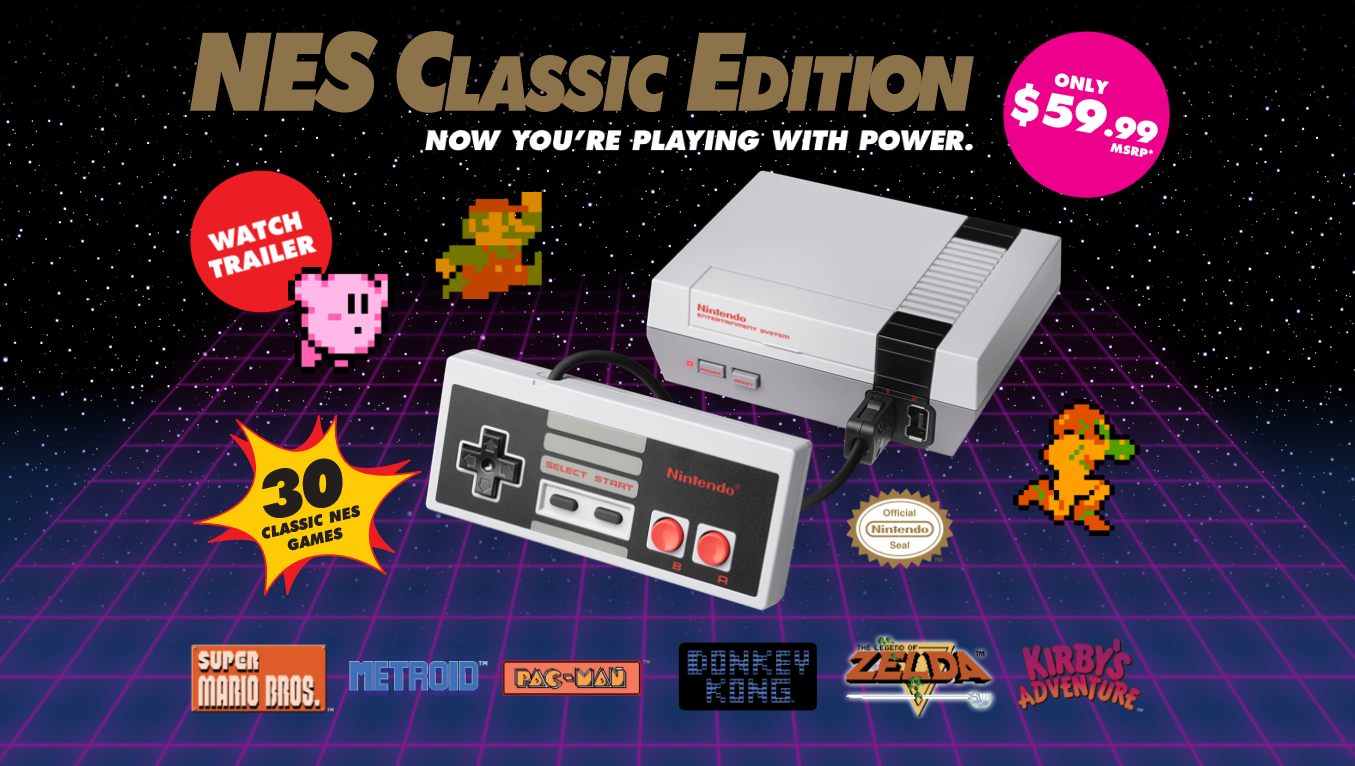 I arrived at Best Buy forty minutes before it opened. As I approached the store I was astounded that a sizeable line had formed. I knew people were excited about Nintendo’s newest toy, but hadn’t anticipated that so many fans would be this devoted. Ahead of me stood a row of adults all excited to get theirs and all afraid they were already too late.  A gleeful employee walked down the line handed out vouchers that guaranteed the recipient a console. He had 34 vouchers. I was 36 in line. I left defeated. I rushed into a few other nearby stores, but left empty handed. In Toys R Us I happened upon a Nintendo rep who promised a steady stream of systems would be shipped over the holidays, but this promise offered little consolation as, like all those people who arrived after me, I went home with nothing.

The feeling of defeat lingered throughout the day. While Intellectually I knew this was just a delay and that in a month or two I would likely find one, I still couldn’t shake that feeling of failure. If I had just got up ten minutes earlier I would have succeeded. Perhaps this was indicative of all my failings. If had just tried a little harder, prepared a little better, committed a little more I’d have what I sought. I’d be happy.

Late that afternoon I met up with a friend. He told me that the GameStop near his place had received forty consoles, which was far fewer than they could have sold. Fortunately, he had arrived there before they sold out and handed over the one he picked up for me. The day was saved. A feeling of great contentment came over me. I had it. The little box of nostalgic joy was in my possession.  This day, and by extension this year, had not been wasted.

Of course, it’s silly to place such importance on a thing, no matter what it is. However, I must admit this particular thing has lived up to its hype. It is magic. From the moment it starts up that unique personality only present in Nintendo products is present. The NES was the system that first got me interested video games (the Super Nintendo solidified that love, but that’s a story for another time). Just looking at this tiny recreation of an NES reminds me of the countless experiences I had playing games and the friends with whom I shared those moments. The games look gorgeous on the NES Classic. Its emulation options allow the games to be displayed in vibrant detail that brings the images to life in a way not possible 3o years ago. Alternatively, its pixelated option does an excellent job of creating the illusion of an old CRT display.

Playing Super Mario Bros. 3 with a friend is just as incredible as it was when I was a kid. The NES Classic helps make this game and the 29 others included easily available to those who missed them (probably because they weren’t born) and those who miss them (probably because they’re raising those who missed them).  The NES Classic is both a new console and a museum. It is new, but is old. It’s a perfect way to replicate the feeling that NES provided at its launch and over its lifespan condensed into a single, well priced package.

The only shortcoming of the NES classic (absurdly short controller cords notwithstanding) is its short supply. I hope that stock soon meets up with demand so that anyone interested gets to experience this rich diversion from modern distractions. I hope when the system becomes easily attainable to those who were unable to get it at launch they will still want it. I hate the idea that limited supply may result in many people missing out on such a joyous experience. It has brought me a tremendous level of satisfaction. It has remined me that some games truly are timeless and has granted them new life.