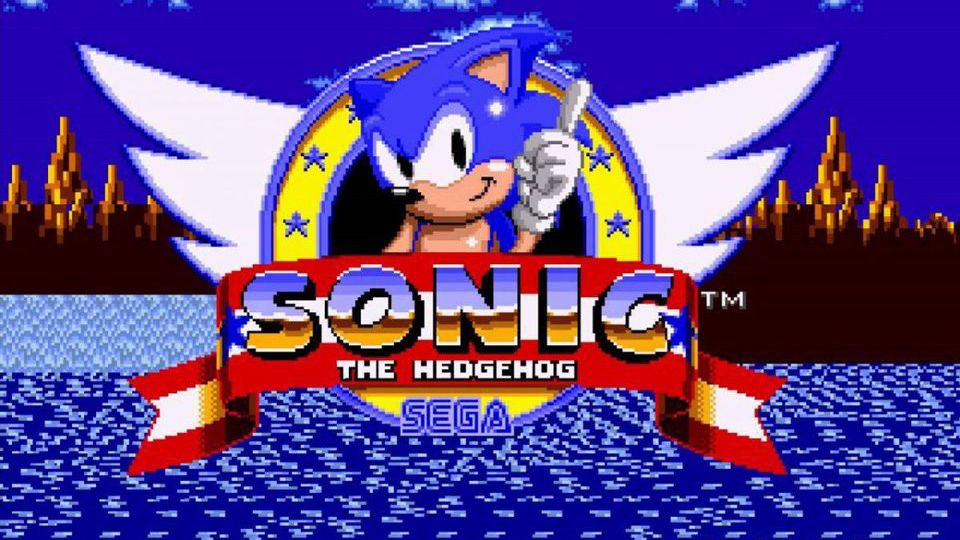 Processing a Blast from the Past – Sonic the Hedgehog

I didn’t have a Genesis when I was a kid. I spent my gaming time with my beloved Super Nintendo, which remains my favorite console to this day. My brother had the Genesis. For him it was all about the sports games, so he didn’t own Sonic the Hedgehog or anything else that would have tempted me to play the rival console. I’ve played Super Mario World countless times. I still play Mario World regularly and I doubt I’ve ever gone a year without playing it. My strong affection for Nintendo and its mascot has resulted in me never really giving Sonic a fair chance.

I have played Sonic games occasionally over the years. In my adult years I’ve acquired a Genesis (several for some reason), but I’ve never really built up much of a collection of games. My experience with the hedgehog comes from occasionally renting the game when I could get some time with my brother’s system or in more recent years in various collections. I have never made it far into a Sonic game, but I had played enough to have the music permanently imbedded in my subconscious. Occasionally a tune from Sonic’s incredible soundtrack still comes out of nowhere and gets stuck in my head for days. Most often it’s the theme from Marble Zone. I can’t stress enough how much I love the music in Sonic the Hedgehog. This may be because I feel inexplicably guilty for how little I like everything else.

I want to love Sonic. It’s been on my must play list for most of my life. Finally, after being inspired by a friend who’s on a quest to play all the classics, I decided it was time to give it a proper play through. Many games don’t age well. Sometimes it’s because whatever revolutionary gameplay mechanic they pioneered has been refined to the point where the original feels archaic. The gameplay is then so far removed from what we’ve become accustomed to that it’s impossible to enjoy it anymore. I haven’t played much Sonic over the years. I know the games have seen highs and lows as they have evolved, but I don’t have any frame of reference to compare the original Sonic with any games in the franchise that have come since. I know what I find fun though, and the gameplay in the original Sonic isn’t it.

Sonic is a great character. His personality is immediately obvious and I instinctively like him. However, once I take control I quickly become frustrated. Sonic, as his name implies, is built for speed. There are two major problems with this focus. First, Sonic needs to build up some momentum before he can move at a blazing fast speed. This means if there is even a slight change in elevation Sonic struggles to move. He can’t make it up a tiny hill without building up momentum first. This implies that he’s to weak to walk up a hill and relies on his momentum to deal with even the most trivial change in elevation. This is frustrating as I’m in a world where I expect to move quickly and instead I’m not able to move at all. I have to walk back a short distance so I can come at the hill with enough force to run over it.

The second problem with Sonic’s speed is that there are constant obstacles in the way. I realize that sounds crazy, because of course there are obstacles, this is a video game! The probably is not really that there are obstacles, but that these obstacles do not just slow him down, they make him come to a complete halt or even send him flying backward. So, not only is the joy of running taken away, but I’m severely punished for running in the first place. Perhaps newer versions of Sonic created for 16×9 displays are better suited for this. Being able to see further ahead would help immensely.

Beyond these two issues much of Sonic’s levels need to be played slowly. I realize that if he ran constantly with easily avoidable obstacles the game would go by in an instant and be boring. Nevertheless, there is an excess of areas where Sonic can’t go quickly. Plus, I often felt my injuries and deaths were unfair. I found myself frustrated during the bulk of the game. I never felt like I was totally in control and often got the impression that the game was conspiring against me. I frequently felt like I was being cheated out of victories and when I did finish a level I didn’t get the usual sense of satisfaction I usually get from overcoming a difficult game, instead I was just glad I was that much closer to being done with it.

I played Sonic the Hedgehog on the Genesis Mini. When I play older games I typically try to play them by the same rules as when the game was released. This means I use the built-in save feature and respect whatever checkpoints are provided. Most importantly it means I avoid save states. This is not a hard and fast rule though, as games are meant to be fun and spending an eternity trying to finish a game just so I can say I’ve done it isn’t always a strong enough motivator (I’m looking at you Mega Man!). With Sonic, eventually I had to abandon my hope of playing through start to finish. As I progressed I used save states more frequently to replay sections so I wouldn’t keep seeing the game over screen and having to start over. Perhaps this made the game even more unsatisfying as I gave up the feeling of satisfaction derived from beating the game “properly” just so I could experience the entire game in a timely and less infuriating fashion.

I didn’t enjoy the bulk of my time with Sonic the Hedgehog, yet I maintain an affection for the franchise. The character, the music and the world all still have tremendous appeal to me. I fully intend to press on with Sonic games (I’ve already started Sonic 2). I hope by the time I’ve played most of them my affection for the games will match my affection for the character and what makes the franchise unique. Sonic the Hedgehog certainly does a great job of establishing Sega’s mascot and creating a distinct franchise, but the first entry lacks the timeless design needed to be considered a classic. As I played Sonic I had a hard time accepting that I wasn’t enjoying it and I think that speaks to how well the concept is executed. Aesthetically it’s tremendously appealing and despite this first entry being a chore to play I still find myself wanting more Sonic. I’m even tempted to go back and play it the “right” way without static saves. Plus, the completionist in me is haunted by my failure to collect all the illusive Chaos emeralds along the way and get the real ending.