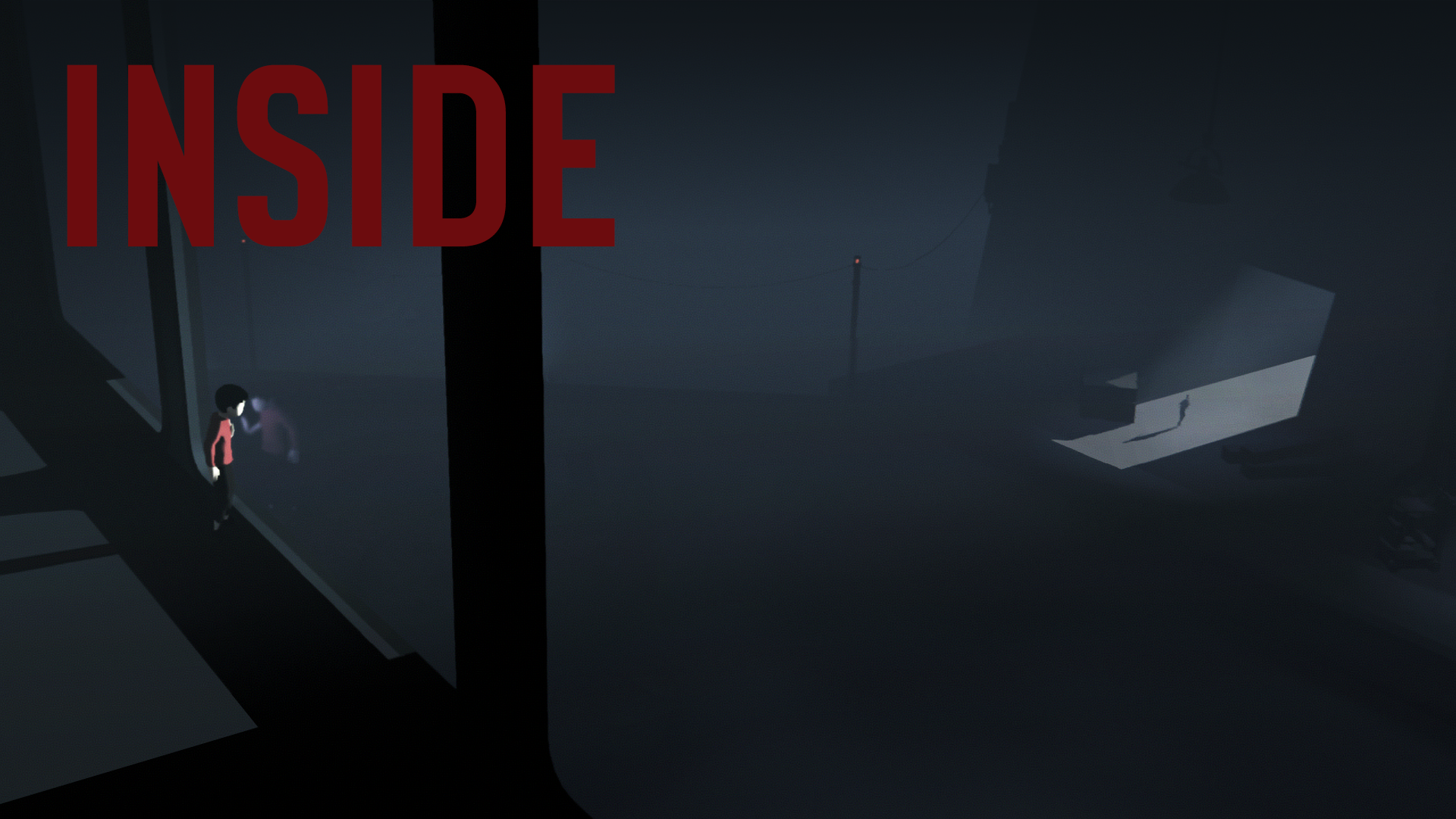 Scientists, Rabid Dogs, Crazy Experiements and Monsters… This Place Has Everything! – Inside

A little boy tumbles onto the screen after falling down a cliff. He needs to run. I know this instinctively, so I make him run. Moments later mysterious men in masks drive up, they send dogs after him, they try to shoot him, they chase after him. Why are they after him? I don’t know and I don’t think he does either, but if they catch him he will die. I make him run.

Inside is instantly addictive. There’s a subtle narrative that is compelling and intriguing.  Like Playdead’s previous release Limbo, Inside provides very little information about the characters or the story. The protagonist remains a voiceless mystery throughout the game, but is somehow endearing. Inside is a natural follow up to Limbo and maintains the same style of gameplay with a comparable, but distinct aesthetic.  The threat of death lingers in the air at all moments during the game, even when there are no tangible threats around. The need to press forward, to survive and to understand is overwhelming. I played through the game in two sittings because I didn’t want to stop. The journey is one continuous adventure and there are no distinct levels, worlds or overworld maps.  This keeps the feeling of intensity high as there’s never a moment to catch one’s breath. There are areas without enemies, but there are no safe places. The boy must keep moving if he wants to survive.

The gameplay is 2D, but the world is fully fleshed out and 3D. As I ran through corn fields, crawled through dark tunnels and swam in deep ponds I was aware of a sinister plot playing out all around me. I crossed through abandoned laboratories where strange experiments had clearly gone awry. The events and characters in the background grow increasingly unnerving as the game progresses, but not all of the bizarre characters the boy encounters are enemies. The boy must interact with and manipulate both NPCs and a variety of objects in tandem to solve Inside’s puzzles. The puzzles are diverse and intuitive. While the boy can do little more than jump and grab, he is able to work with a variety of equipment along the way. Solving some puzzles merely allows him to move forward, while failing to solve others results in death.

Fortunately, death is seldom, if ever, undeserved. Control is tight and I always felt connected to the character. He never did anything that wasn’t my fault and always behaved as I expected. If I wanted to climb or pick something up he did exactly as I wanted. As in any puzzle game there’s a certain amount of trial and error, which can result in an unfortunate demise. However, the puzzles are logical and can be solved by observing how objects and characters respond to various stimuli, so the trial and error is more to see how the puzzles work rather than guessing at how to solve them.

Inside’s story remains vague throughout the entire game. While there are hints of a nefarious plot involving loads of testing on animals and humans it’s never clear exactly what the men in lab coats are up to. This works because it doesn’t matter what they’re up to and implies that they may not even be sure themselves. Their experiments manipulate environments and physics and destroy minds so there’s no question they are the bad guys, although it’s doubtful they see themselves as such. Our hero’s quest is to survive the aftermath of the experiments rather than overcome the scientists. The boy is vulnerable and all but defenceless. His survival depends on his ability to circumvent security and avoid being captured, rather than finding a weapon and blasting his way through. This feeling of desperation lingers throughout the game and beyond its conclusion. The ending makes for compelling conversation, but I’ll avoid any spoilers here. Regardless of how one feels about it, it’s certain to be remembered.

I’m not sure if Limbo or Inside is the better game and that’s a testament to how much I loved Inside. It’s easily one of the best, possibly the best, game I played from 2016. It’s eerie, unique, compelling, detailed and addictive. Inside is further proof of the talents at Playdead and a game anyone with even the slightest interest in should play.